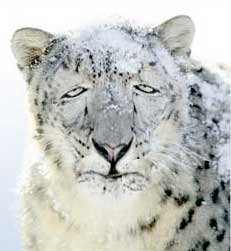 IMPORTANT UPDATE: Sony has released new SxS drivers for Snow Leopard – http://www.sony.ca/promedia/drivers.htm – thanks to Oyvind Stokkan on the DVinfo.net board for passing this on! But for the archive, the rest of the post goes thusly…

Somebody has to be first. Somebody brave or stupid. Or somebody with a full backup sitting on a hard disk in the case of moving up to a new operating system, because there be dragons.

On the morning of the 28th August, I was there in my local store with half a dozen fellow MacBraves queueing up to purchase the latest Apple Operating System With A Feline Name – and this one’s Snow Leopard. Probably because ‘it’s like the previous one, Leopard, only cooler’. Indeed it is in many ways. You’ll find lots of interesting and learned information about it elsewhere on the web, so I will refrain.

So I pop the install DVD into my backup machine, previously Time Machined, and just hit the button. Just like any user would do. That’s the way Apple wants us to experience things – shove it in, click the button and go and do something else for an hour. Ping, there’s your ‘new’ Mac, freshly booted, looking the same but strangely different, like it’s had an incredibly expensive haircut that you’re supposed to notice. And yes, the first fifteen minutes are great. Everything works straight out of the box. No awful hangs even when quite serious software opens up.

I will point out, though, that when I shove a Sony SxS card (what my cameras shoot onto), my Snow Leopard machine acts as if Derren Brown hit it with a long hard stare. The screen slowly wipes down a sort of half-tint darkness and a little dark box appears in the middle of the screen, with calm white lettering telling me to shut down the computer by holding the power button and then switching it on again. This is known as a Kernel Panic, and it is a very, very rare thing.

No, it’s not a missing driver, it’s a bug. If you start the machine up with the SxS card in it, the same thing happens BEFORE you get to the blue screen of life (Macs’ screens go blue just before you get to your desktop or choose your log-in, in a sort of antethisis of Windows’ BSoD). So it’s pretty terminal:

The solution, at the moment, is to stick to using my MxR adaptors, which use the same slots but work using USB magic rather than SxS magic. The point is that they work, so the slot is working, and XDCAM Transfer is working, so the drivers it installed are working.

So next step is to reinstall everything and try again. But to be honest, my preferred step is to go back to Time Machine, ditch the Cool Cat and catch some rays before the weather cottons on that it’s a bank holiday weekend.

Well… it’s been interesting being a pioneer striding into the future of computing – albeit a pioneer attached to the past by a nice strong bungie rope. Next time I’ll try this will be in December.

6 thoughts on “How to kill a Snow Leopard”